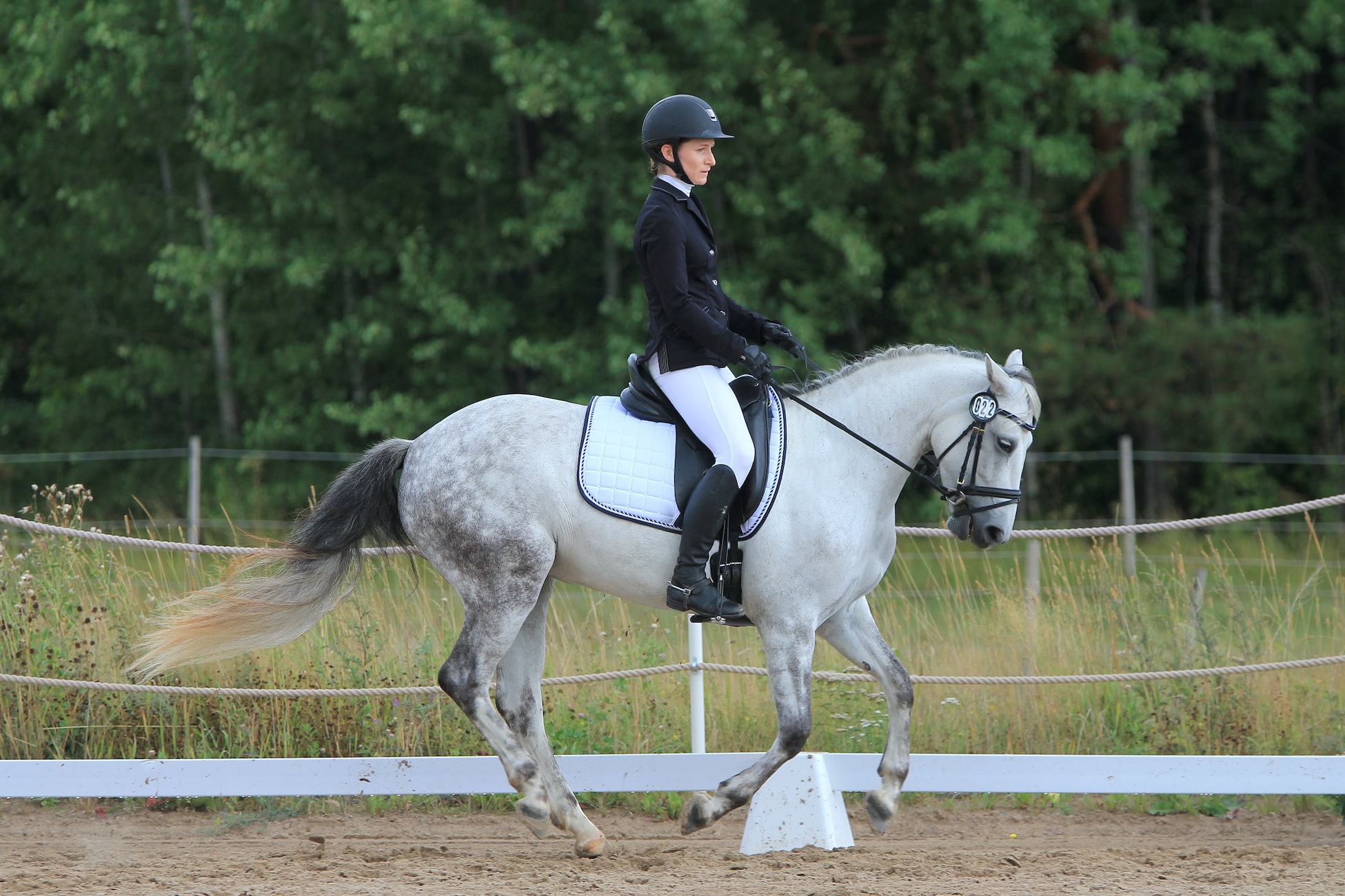 The word dressage comes from the French verb “dresser” which means “to train” in English.

The schooling rules that compose this program of dressage training have been developed over the past 400 years. The first written treatise on horse training was done by Xenophon, almost 2000 years ago. But our modern methods come from the Baroque era, from the great military and royal riding schools of the 16th century. Though methods and approaches differ somewhat according to individual instructions and national backgrounds, all modern dressage training has one thing in common: it develops only the horse’s natural way of moving, and it respects his natural equine patterns of behaviour. Its’ goal is to make the horse pleasant to rider, so the schooling aims at developing the horse physically, relaxing him mentally, and giving him the power to respond instantly to light signals of the rider’s hands, body position and legs. 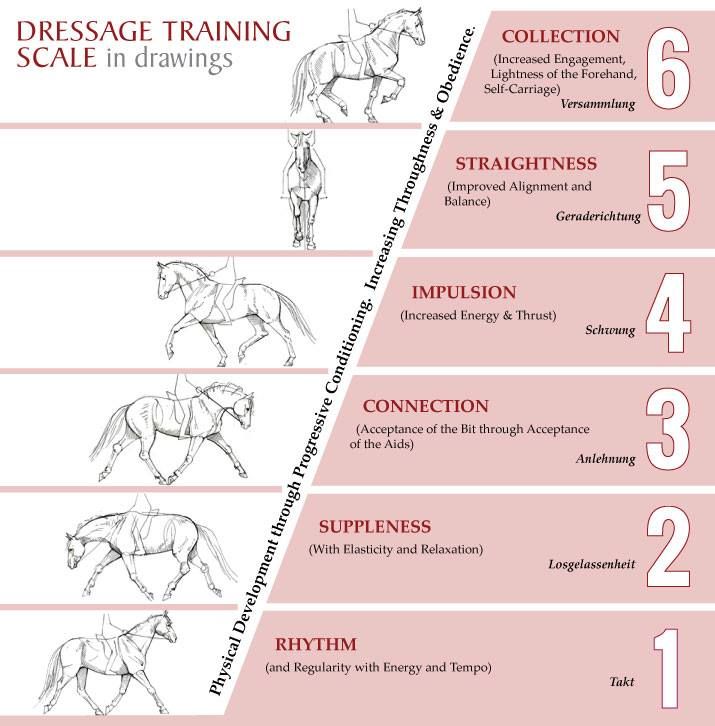 The training scale or pyramid, is an internationally accepted guideline for the training of dressage horses. The steps in the pyramid are as follows:

Dressage training has levels. Each level consists of tests that have progressive steps that build on the previous one. The six steps can be found throughout the levels.